Juventus President Sack Coach After Being Dumped Out Of UCL

By: Adebola omotimehin
In: Sports
Tagged: Juventus President Sack Coach After Being Dumped Out Of UCL

Juventus won their 9th consecutive league title this season with the help of Cristiano Ronaldo, Paulo Dybala and other players in the team but were knocked out in the Champions League and also lost to Napoli in the final of the Coppa Italia.

These have led to the sacking of former Chelsea manager Maurizio Sarri.

Juventus released an official statement on their website to announce Sarri’s sacking.

“Juventus Football Club announces that Maurizio Sarri has been relieved of his post as coach of the First Team,” the club stated.

“The club would like to thank the coach for writing a new page in Juventus history with the victory of the ninth consecutive Scudetto, the culmination of a personal journey that led him to climb all the categories of Italian football.” 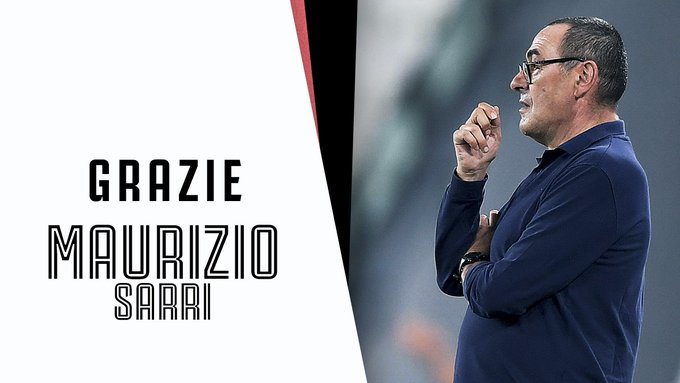